Banking on an inheritance 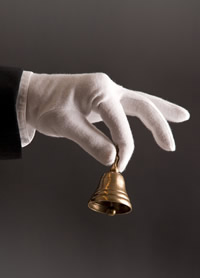 Banking on an inheritance

Anticipated inheritances often don’t materialise. But one in three working Britons (35%) are still relying on an inheritance in order to achieve a stable financial future. The reality is that many could be in for a big shock. The study[1] released by LV= shows millions are banking on an inheritance to provide them with financial assistance, with this cash windfall often key to their retirement plans[2].

Unsurprisingly, the most common thing people would do with an inheritance is to pay off their mortgage and clear other outstanding debts[3]. One in six people (16%) would also use inherited funds to bolster their retirement savings.

According to the findings, a quarter of retirees (28%) say they don’t expect to leave much to their children. A fifth (20%) say they intend to spend their money enjoying their retirement rather than leave it behind, and 4% say they will follow Bill Gates and Warren Buffett’s lead and leave their money to charity.

Unprepared for later years
Without such help, many working people admit that they would be unprepared for their later years. One in five (20%) say they will struggle to retire comfortably without inheriting and a quarter (25%) will have to work longer than planned should they not receive such a windfall.

Increasingly people are now spending almost as long in retirement as they do in the workplace, so it’s worrying to see that so many people say they are reliant on something essentially out of their control to provide them with a comfortable retirement.

Source data:
UK nationally representative research carried out by Opinium between 24-27 March 2015, questioning 2,004 UK adults online, of which 516 were retired.
[1] Of those questioned who were not yet retired (1,488 adults), 35% said they relying on some sort of inheritance to help financially now or in the future.
[2] 20% of non-retired respondents said that without some form of inheritance they will struggle to have a comfortable retirement.
[3] Respondents said that if they were to receive an inheritance, 60% would make other provisions (apart from putting towards pension) to ready themselves for later years, such as paying off debts (31%) or paying off the mortgage (29%).
[4] Sourced from HM Revenue & Customs statistics. Latest figures on number of Inheritance Tax paying individuals (not including estimated figures) shows the number of individuals falling from 35,000 in 2005/06 to 16,000 in 2011/12.