At the time of writing this article, the UK Government is still in negotiations with the European Union over the terms of its planned withdrawal on 29 March 2019.

As we’ve been constantly hearing over the past few years in the media, Brexit uncertainty is affecting business and consumer confidence, whilst also contributing to a difficult political backdrop. But right now, the form of what this might look like is unclear, as are the related economic and regulatory implications for investments.

Worst-case scenario
A report by the Bank of England has suggested that a worst-case scenario is indeed a no-deal Brexit, which could lead to a shrinking economy, house prices falling by over a third, unemployment doubling and inflation rising substantially. But that is the worst-case scenario, and there is some comfort in knowing that the actual outcome is likely to be better.

But there could be a scenario where there is no direct impact. For example, for a UK-domiciled individual investing with a UK-registered company from a UK-based bank account, it’s unlikely that Brexit would have a direct impact on their investments.

Foreign currency exposure
Political uncertainty and various other factors such as exchange and interest rates can all impact how investments perform. However, for some investors, the Brexit vote has up until now been good for their portfolio’s performance, as some have benefited from foreign currency exposure.
During any period of change, it’s important to be able to access professional financial advice and feel comfortable that your investments are robust enough to deal with any potential volatility and that they include a diverse mix of assets, which is key.

Economic cycle performance
Among so much uncertainty and gloom surrounding the UK’s imminent departure from the EU, conventional pricing of company shares has been turned on its head. This is not to say that all UK stocks have fared badly. On the contrary, many large companies that derive most of their earnings from overseas have outperformed, as have those seen as ‘defensive’ stocks that are widely expected to hold up well throughout the economic cycle.
It is often said that quality is not about any single metric, but a blend of characteristics that allows companies to deliver growing value for their shareholders over time. A quality company should, amongst other things, be able to deliver sustainable growth with a healthy balance sheet and strong corporate governance.

Fertile hunting grounds
Brexit, for all its unintended consequences, has opened up rare possibilities to buy stakes in quality companies at attractive valuations. By comparing share prices to company earnings, UK stocks overall look less expensive than their counterparts elsewhere in the world – especially in the US. The abandonment of logic in the face of short-term concerns over the UK economy has created particularly fertile hunting grounds for some long-term investors.

It also remains too early fully to understand how Brexit may affect the cost of imported goods years from now, as so much depends on trade agreements reached between the UK and the EU (and other countries). If the pound’s weakness persists, the cost of other imported goods may also rise.

Embracing opportunities
But despite periodic and unavoidable corrections, stock markets tend to recover over time. The worst thing to do is to sell out of the market. Long-term investors need to take a pragmatic view about volatility and the subsequent opportunities. Of course, it is tempting to think that cash is the best place for long-term savings, but if investors embrace opportunities and avoid panicking, then market corrections can become a friend.

It’s important to remember, especially as Brexit approaches, that no matter how big a market correction, gains made during the recovery period that follows generally outweigh any losses. No one can predict exactly what will happen in 2019 and beyond, but we can safely look to history and take some comfort from the knowledge that markets are resilient. Short-term bear markets may be painful, but bull markets are very rewarding for those who hold their nerve. 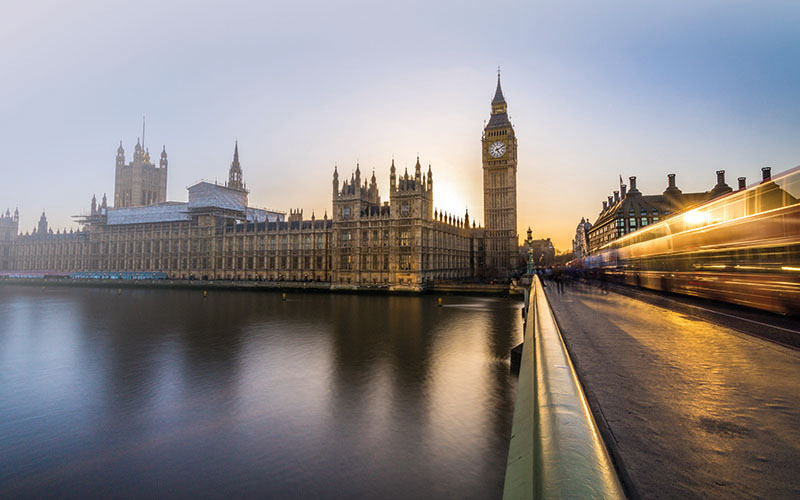