The Chancellor of the Exchequer, George Osborne, delivered his eighth Budget speech on Wednesday 16 March, his third in 12 months. In our Budget 2016 summary, we have provided information on the changes and key facts, and how they could have a bearing on your finances today and in future years to come.

Retirement savings vehicle
Tax and savings were central to Mr Osborne’s 62-minute speech. He had already scrapped proposals to shake up pension tax relief and instead unveiled a retirement savings vehicle for millennials called the Lifetime Individual Savings Account (LISA). Ultimately, this is a testing ground for the Pensions ISA proposed before Budget 2016, and it gives the Government the option to see how consumers react to the ISA option.
Mr Osborne added that people under 40, many of whom haven’t had a good deal from the pensions system, would gain government bonuses for saving into their LISAs, receiving £1 from the Government for every £4 saved, at a maximum of £4,000 a year.

Creating wealth through capital gains
For investors, there was good news with the higher rate of Capital Gains Tax (CGT) being cut from 28% to 20%, which comes into effect from April this year. Now it is even more attractive to create wealth through capital gains rather than earnings for higher-rate taxpayers on all gains apart from on residential property or ‘carried interests’. The details are to follow, but this will enable investors to benefit by realising the profit on the sale of shares and other assets at the reduced rate of tax.

Are your financial plans still on track after Budget 2016?
There are likely to be a number of announcements in this Budget that could have a bearing on your current and future financial plans. To review what action you may be required to take to keep your plans on track, please contact us. 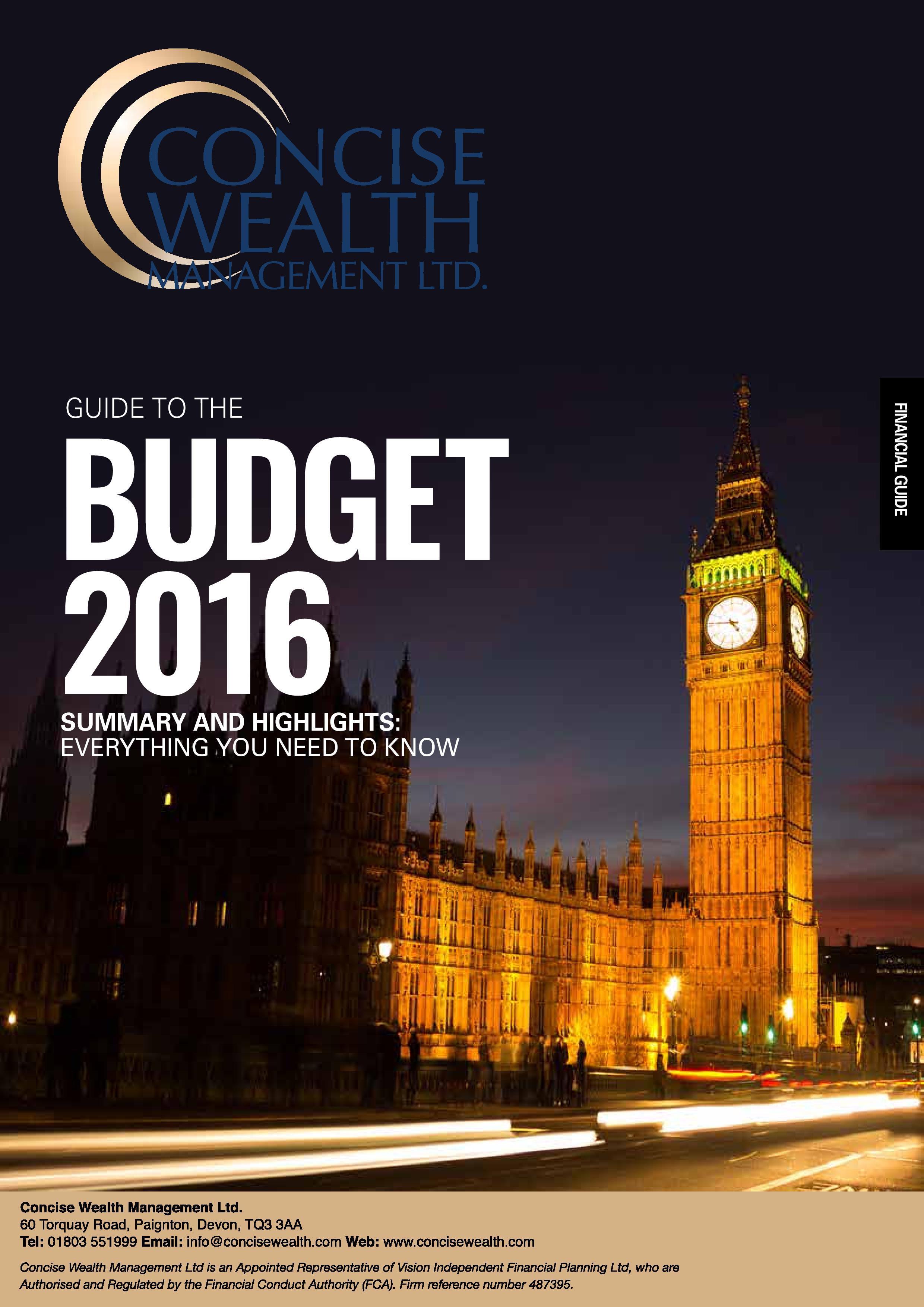