If you became sick or injured, how would you meet your monthly financial commitments or even your medical bills as you recover? Protection insurance can be a valuable safety net for you or your family should you become ill or die. More than one in five (23%) Britons with savings say their savings wouldn’t last longer than a couple of months if they were unable to work, yet less than one in twenty protects their income.

The study from Scottish Widows revealed that six in ten working adults in the UK with savings said their savings would last no longer than six months if they became unable to work, while fewer than one in ten (8%) said they would manage less than a month. Despite a 7% increase over the past 12 months in the average amount people are saving, fewer than one in twenty (4%) have income protection cover.

Awareness and prioritisation
The research highlighted the existing gap between awareness and prioritisation for this type of insurance, with more than 80% of the 5,000 people polled saying they have heard of life insurance, income protection and critical illness cover, while the figures plummet to less than one in ten (8%) who have a critical illness policy, compared with almost half (48%) who have taken out home insurance.

This disparity raises concerns over UK households’ financial resilience, as one in seven have been affected by critical illness, and more than a third (37%) rely on two incomes. Out of those affected by critical illness, 42% said they had to make lifestyle changes in order to cope with the financial impact, while only one in twenty had a policy in place.

Build extra money
Out of those questioned who said they had to reduce outgoings or build extra money for additional living expenses in the past 12 months, more than a quarter (27%) chose to cut down on gifts for family and friends, 27% said they avoided putting the heating on, while one in five have sold items online.

People expect their financial priorities to change the most when buying a property (19%), as a result of government spending cuts and welfare benefits (18%), and having children (15%), varying by generation (28% of over-55s said government spending cuts and welfare would cause their financial priorities to change).

Safety net in place
However, despite this expectation, more than a third (35%) are carrying non-mortgage debt over each month, and this rises to 52% of 25 to 34-year-olds and 48% of 35 to 44-year-olds, leaving a vast proportion at increasing risk if the unexpected were to happen to themselves or a loved one without this type of safety net in place.
This priority dilemma is gathering pace, as 39% considered providing financial security for their family in the event of death as essential – a drop from more than half in four years – compared to eight out of ten (80%) who considered broadband and mobile phones (71%) essential for daily living.

Source data
The research examines the habits and attitudes of the UK adult population in relation to protection and financial robustness. Conducted online by YouGov among 5,144 respondents aged 18+ between 31 October and 5 November 2014 on behalf of Scottish Widows. Results weighted to the profile of the UK population aged 18+.

Content of the articles featured in this publication is for your general information and use only and is not intended to address your particular requirements or constitute a full and authoritative statement of the law. They should not be relied upon in their entirety and shall not be deemed to be, or constitute advice. Although endeavours have been made to provide accurate and timely information, there can be no guarantee that such information is accurate as of the date it is received or that it will continue to be accurate in the future. No individual or company should act upon such information without receiving appropriate professional advice after a thorough examination of their particular situation. We cannot accept responsibility for any loss as a result of acts or omissions taken in respect of any articles.For more information please visitwww.goldminemedia.co.uk 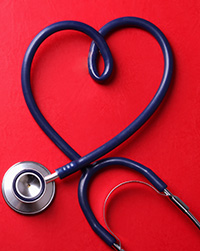