It won’t happen to me 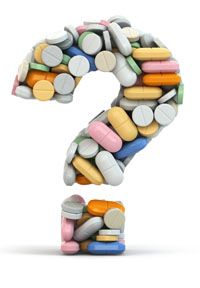 It won’t happen to me

If you couldn’t work due to a serious illness, how would you manage?

No one likes to think that something bad will happen to them. If you couldn’t work due to a serious illness, how would you manage? Could you survive on savings or sick pay from work? If not, you may need some other way to keep paying the bills – and you might want to consider income protection insurance. Currently, 10.8 million UK households are at risk of their income falling by at least a third if the main earner stopped working due to ill health[1].

Long-term absence
Whether or not you have children or other dependants, if illness would mean you couldn’t pay the bills, you should consider income protection insurance; with 131 million days lost to sickness absence every year[2], the reality is that it’s not just the odd day off that could impact on you − a long-term absence could be a real possibility. You’re also most likely to require it if you’re employed or self-employed and you don’t have a sick pay arrangement to fall back on.

Income protection insurance is a long-term insurance policy that provides a monthly payment if you can’t work because you’re ill or injured, and typically pays out until you can start working again, or until you retire, die or the end of the policy term – whichever is sooner.Waiting period before payments start
There’s a waiting period before the payments start. You generally set payments to start after your sick pay ends, or after any other insurance stops covering you. Usually, the longer you wait, the lower the monthly payments.
Policies may cover most illnesses that leave you unable to work, either in the short or long term (depending on the type of policy and its definition of incapacity), and you can claim as many times as you need to while the policy lasts.

As well as underestimating their chances of being unable to work because of medical reasons, people also believe that if it does happen, it will occur later. Just under half believe that those aged between 45 and 54 are at highest risk when, in reality, the likelihood increases from the age of 40 to almost one in five, and by 55, as many as 28% can no longer work.

Maintaining a current lifestyle
Looking at the impact on their finances, 44% of Britons anticipate their income being cut by up to half if they became unable to work due to disability, and only 15% say they could maintain their current lifestyle with this reduction.

State benefits are considered to be the main source of alternative income, though only a fifth think they would be eligible for support if their household income dropped by 30%.

Employers not offering income protection
Interestingly, payments by insurers are thought to play a minor role, with 70% of respondents saying their employers didn’t offer income protection, and three quarters having no such cover.
In reality, however, figures show that 16% of the working age population in the UK suffer a disability that prevents them from working, and around 300,000 people a year fall out of work and into the welfare system because of health-related issues[4].