Pension Freedoms One Year On

By Louise Worden9th May 2016Uncategorised

What are the key reasons for shifting retirement patterns?

New pension rules which give you far greater flexibility over what you can do with your pension pot came into force on 6 April 2015, but according to Aviva’s latest Working Lives report a third of people aged over 50 who are employed in the private sector are now planning to retire later than they previously hoped.

The 2016 report – which comprises research among UK private sector employers and employees – has a particular focus on employees aged over 50, following the end of compulsory retirement and with the first anniversary of the ‘pension freedoms’ approaching.

In particular, it asked people, before they turned 40, what age they hoped they would retire at. Now, aged over 50, more than one in three (36%) admitted they would be retiring later than they thought – by an average of eight years.

Primary reasons for late retirement
Among those who will now retire later than hoped, the report found that a lack of pension savings (46%) is the primary reason for people to postpone their retirement plans.

The second most common reason for working longer was the amount that would be available through the State Pension (32%), making it clear that affordability is a real issue for a high proportion of over-50s.

Not all the reasons given for working longer were negative, though, with one in five (21%) of those expecting to work longer doing so because they feel they still have a lot to offer their employer. A similar proportion (20%) said that job satisfaction has encouraged them to put off retirement.

Pension reforms
The Working Lives report also reveals a gap between employers’ and employees’ views on the impact of the pension freedoms following the recent first anniversary of their introduction in April.

Over one in five (22%) employers think the freedoms could result in their employees having to work longer to make up for a shortfall in savings if they use part of their pension before retirement. At the same time, almost one in three (32%) employers are concerned they will lose valuable skills because people will retire earlier due to the freedoms.

However, these fears may be unfounded as the vast majority of employees aged 50 and above do not intend to alter their plans because of the pension reforms. Only 8% highlighted that the freedoms will result in them retiring earlier, contrasting with the concerns employers have around loss of skills.

One in ten (11%) employees over the age of 50 now think they will retire at a later date because of pension freedoms, while 9% still remain unsure as to what the eventual impact of the freedoms will be upon their retirement plans. Seven in ten (71%) stated they have no plans to retire or that the pension freedoms have not affected their expected retirement date.

Encouraging signs
With many over-50s facing a later retirement than they hoped, the Working Lives report nevertheless found encouraging signs that levels of job satisfaction were highest amongst those aged over 65. A large majority (86%) of private sector workers in that age group said they enjoy their work, compared with just 57% of those aged 18–64.

A similar proportion (85%) also said they get a sense of satisfaction from work, while 81% reported being valued by their employer – again, much higher than the younger age groups combined (57%). This backs up the suggestion that there are positive reasons for some people staying in work longer than they originally hoped.

The findings of the Working Lives report provide an important insight into what is happening in workplaces across the country and the impact of an aging population. All the evidence points to the fact that most of us are going to be working for longer than the previous generation did, and businesses need to be prepared for that. The report highlights that a lack of pension savings is the main driver for people staying in employment rather than retiring. We are now three years into auto-enrolment, which has encouraged millions more people to start making provisions for the future.

Source:
The Aviva Working Lives report was designed and produced by Aviva and Instinctif Partners in association with ICM Unlimited. Over 1,000 private sector employers and 4,000 private sector employees were interviewed in two waves to produce the second and third editions of the report in Q1 2013 and Q1 2016.
All interviews were conducted online and the sample targeted to ensure a comprehensive cross-section of the UK working population and consistency between editions. The latest wave also included an additional group of over-65s still in work, in order to focus in detail on the experiences of older people in the workplace.
For the purposes of this report, a ‘small business’ is a company with 0–49 employees, a ‘medium company’ has 50–249 employees and a ‘large business’ is 250 or more employees. 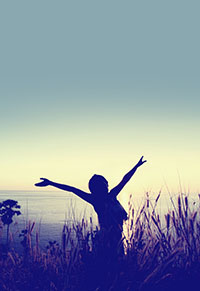