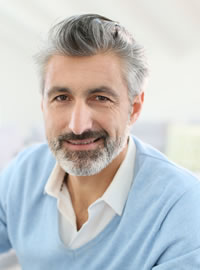 More than ten million pots are being left largely unmonitored

Individuals are living longer, meaning that savings have to fund a longer period of retirement. However, there has been a well-documented decline in pensions saving over time. Many people do not think about retirement as they consider it’s too far in the future, and almost two thirds (63%) of over-45s who are not yet retired admit they pay little or no attention to their pensions, leading to more than ten million pots being left largely unmonitored[1].

The findings form part of research from Aviva which also highlights that two fifths (41%) of over-45s never spend any time planning and reviewing their pensions, while almost a third (29%) spend just one day a year or less doing this.

Anyone with children knows there will be lots of demands on the household finances, but when it comes to long-term saving, perhaps for university or a first home, even a small sum can give your child a financial head start in life over a long period of time. With this in mind, the Association of Investment Companies (AIC) has taken a look at long-term investment company performance, and what to consider when investing for children.

Unclear about the types of pensions
The majority (61%) of over-45s with a personal pension scheme have only joined one scheme, although more than a quarter (28%), have started two or more. A similar proportion (29%) of those with the most common type of company pension – defined contribution – has two or more.

Too late to make any improvements
Half (49%) of over-45s do nothing about the routine information they receive about their pension, including one in ten (12%) who don’t even read it. Only a third (37%) use the information to check if their pension savings are on track and act upon it. An even smaller proportion (7%) discuss this with a professional financial adviser.

One in ten (11%) over-45s ignore
their annual statements because they say they don’t know how to manage their pensions, while the same proportion believe their pensions are so small they aren’t worth bothering with. 8% delay looking at them until they are ready to retire – when it could already be too late to make any improvements on their financial situation.

Top three reasons that over-45s ignore their pension statement
However, people tend to make more effort to monitor their pensions the closer they are to retirement – for example, only 7% of those retiring in two years or less believe their small pension pots are not worth the effort, compared to 11% who are retiring in six to ten years.

Multiple pension schemes
Just 14% have consolidated their pension pots or intend to do so in the future. A fifth (17%) will keep their multiple pension schemes separate, and 13% are waiting for their pension provider to contact them before deciding what to do with their pots. More than one in ten (14%) prefer to keep things simple by having just one pension pot and don’t intend to change this in the future.
Of those who have consolidated their pots, 21% did so because they took the advice of their professional financial adviser – however, nearly the same proportion (19%) did so because they found it easier to manage.

Source data:
The Real Retirement Report is designed and produced by Aviva in consultation with ICM Research. The above findings are based on an online survey carried out among more than 1,500 over-45s who have not yet retired.
[1] ONS Pension Trends Chapter 7 (October 2014) estimates there are 8.1 million active occupational pensions and 8.2 million active members of private pension schemes. 63% of 16.3 million = 10,269,000.