Families could be missing out on thousands

Half (49%) of parents are confused by the array of state benefits available to them, and many don’t claim them even though they are eligible according to figures from LV=’s 13th Cost of a Child study.

All parents qualify for Child Benefit unless they (or, if a couple, one of them) have income of over £60,000 a year and they have a child aged under 16 (or under 20 if in full time education).. Based on income levels, three quarters (76%) of parents are eligible for this benefit, but only six in ten (61%) claim it. Child Benefit provides parents with up to £1,076 a year for the first child, so with the cost of raising a child now averaging more than £11,000 a year it could offer families significant support.

Greater clarity
The study also found that a third (32%) of parents would need to rely on state benefits if the main breadwinner was unable to work due to illness or injury, but three in ten (28%) say they wouldn’t know how to claim Employment and Support Allowance.

With previous research showing that six in ten (60%) parents are struggling with their finances, LV= has asked the Government to make the rules around state benefits clearer so parents can understand what support they are entitled to and how to claim. They also want the Government to provide greater clarity on how other arrangements – such as private insurance – can complement state benefits, so those who choose to protect their income themselves aren’t disadvantaged.

Financial safety net
It’s worrying that so many parents are confused by the system and aren’t taking advantage of the support they’re entitled to. We urge parents to think about putting a financial safety net in place to help them if they’re unable to work; while state benefits are important, they are not guaranteed and often only provide the most basic support.

Source:
According to further ONS data, there are 28.9 million families with dependent children in the UK – as 49% of parents are confused by state benefits, this would imply that at least 14.5 million parents are confused (as each family will have at least one parent).
Cost of a child calculations, from birth to 21 years, were compiled by the Centre of Economic and Business Research (CEBR) for LV= in December 2015 and are based on the cost for the 21-year period to December 2015.
Additional research was conducted by Opinium Research from 22–27 January 2016. The total sample size was 1,000 UK adults with children under the age of 18 and was conducted online. Results have been weighted to a nationally representative criteria. 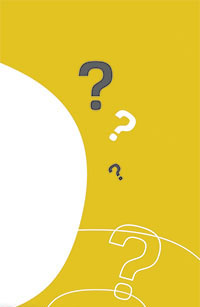