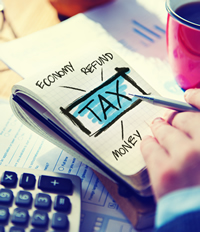 Reduction in the amount those with income of more than £150,000 can contribute tax-free to pensions each year

A gradual reduction in the tax-free limit on pension contributions from the current £40,000 a year to £10,000 for high income individuals was announced by the Chancellor, George Osborne, in the July Summer Budget 2015. High income individuals could see their retirement pots reduced by hundreds of thousands of pounds over a lifetime after he confirmed that pensions tax relief will be reduced for those with income (including all pension contributions) of more than £150,000.

The Government has pressed ahead with plans to progressively reduce the annual amount those earning over £150,000 can contribute tax-free to a pension each year.

The income definition of ‘adjusted income’ will include any employer pension contributions. This means that the tapered allowance cannot be manipulated by reducing income via salary sacrifice.

While the annual contributions will be capped at this low level in future, there may still be an opportunity for individuals caught by this change to maximise contributions with the use of two particular measures.Carry forward allowances
All individuals are able to carry forward any amount of their Annual Allowance that remains unused for up to three full tax years. While their levels of carry forward accrual will be significantly limited in the future, high earners who currently have carry forward relief should consider using it before it expires.Anyone who has not fully maximised their pension contributions across these back years could make use of accrued carry forward and receive additional-rate relief before the end of the current 2015/16 tax year. If the carry forward allowance for the above tax years is not used, it will start reducing as each year falls off and will be lost completely by 6 April 2019. The levels of unused relief from the tax years before 2016/17 will still be available in full (subject to falling within the previous three tax years), but in any years from 2016/17 onwards where the annual allowance has been reduced, only the balance of the tapered annual allowance will be available for carry forward to future years.

Pension Input Periods
A further change which will considerably simplify the Annual Allowance is the alignment of Pension Input Periods (PIP) to the tax year. A PIP is the period over which an individual’s pension savings are tested against the Annual Allowance. It has previously not always been aligned to the tax year, but all existing PIPs open on 8 July 2015 automatically ended on this date. A new PIP then opened on 9 July will run to 5 April 2016. Future PIPs will then be aligned with tax years.

For those who have made contributions in PIPs ending between 6 April and 8 July 2015, the Annual Allowance for 2015/16 could be as much as £80,000. The £80,000 allowance is split between contributions paid in the two (or, in some cases, three) PIPs. Anyone with a PIP that previously ended between 6 April and 7 July will have a PIP that had already ended in the pre-alignment tax year, plus the additional PIP that was ended by the Government on 8 July 2015, so could have three in total in 2015/16. Any allowance not used up to 8 July 2015 could be carried forward to the post–8 July PIP, but up to a maximum of £40,000.

Coming in a year that has witnessed the biggest shake-up to pensions in more than a century, the Chancellor also indicated he might be willing to go further with reforms to retirement savings.

He said the recent pension freedoms had helped those who had ‘worked hard and saved hard all their lives’, but that now it was time to look at those starting to save.

‘For the truth is Britain isn’t saving enough and that’s something we need to fix in our economy, too,’ he said.

INFORMATION IS BASED ON OUR CURRENT
UNDERSTANDING OF TAXATION LEGISLATION AND REGULATIONS. ANY LEVELS AND BASES OF, AND RELIEFS FROM, TAXATION ARE SUBJECT TO CHANGE.

A PENSION IS A LONG-TERM INVESTMENT. THE FUND VALUE MAY FLUCTUATE AND CAN GO DOWN. YOUR EVENTUAL INCOME MAY DEPEND UPON THE SIZE OF THE FUND AT RETIREMENT, FUTURE INTEREST RATES AND TAX LEGISLATION.Content of the articles featured in this publication is for your general information and use only and is not intended to address your particular requirements or constitute a full and authoritative statement of the law. They should not be relied upon in their entirety and shall not be deemed to be, or constitute advice. Although endeavours have been made to provide accurate and timely information, there can be no guarantee that such information is accurate as of the date it is received or that it will continue to be accurate in the future. No individual or company should act upon such information without receiving appropriate professional advice after a thorough examination of their particular situation. We cannot accept responsibility for any loss as a result of acts or omissions taken in respect of any articles.For more information please visit www.goldminemedia.co.uk