Winners and losers from the seismic US election result

After a long and brutal US presidential election campaign, Donald Trump emerged victorious, winning 279 electoral votes and 47.5% of the popular vote. Republicans also maintained majorities in the House and the Senate.

His inauguration is scheduled for Friday 20 January. Trump will be sworn in as the 45th President of the United States on the steps of the US Capitol at noon, when current president Barack Obama’s term expires.

Who are the clear winners?

Initially, the clear winners of this seismic election result appear to be US infrastructure and business. Trump has pledged to rebuild roads, rail, hospitals and schools, and promised US corporations will pay no more than 15% tax on profits: the biggest concession since Reagan’s tenure.
Fossil fuel companies could benefit given Trump’s disbelief in global warming and promotion of US energy independence. Pharmaceuticals could benefit too, with price controls less of a concern than if Clinton had won. Finally, banks could flourish as regulations are potentially relaxed.

Greatest impact for the US economy

Areas of greatest impact for the US economy are increased fiscal spending, an issue with clear bipartisan support and the more negative uncertainty associated with Trump’s trade policy. On international trade, there is potentially greater uncertainty as a result of Trump’s ability to act unilaterally on tariffs without Congressional approval. This is as far-ranging as withdrawals from trade agreements such as the North Atlantic Free Trade Agreement (NAFTA) or as tactical as his much talked-about China tariffs.
The UK, European and Asian markets initially fell on news of America’s election result, but markets then largely recovered. The short-term market reaction reflected this uncertainty, but for investors the long-term outlook is more important.

First, the US economy that President Trump inherits is in relatively good shape. Economic growth picked up in 2016, while the unemployment rate is close to any economist’s definition of full employment. Profits of companies in the S&P 500 rebounded smartly from the oil-and-dollar-induced slump of 2015, and inflation is still moderate. Moreover, the global economy is also showing signs of life, with the global manufacturing purchasing managers’ index – a survey of activity in the manufacturing sector – hitting a two-year high towards the end of last year. All of this, absent political uncertainty, would be positive for share prices and negative for bonds.

Second, the uncertainty and volatility following the election will (for now) reduce the probability of US interest rate rises, although the Federal Reserve will want to leave its options open until it can assess the market and economic fallout from the election result.

Third, while the results represented a Republican sweep, actual policy change may be far less dramatic than was proposed by Trump during the campaign. It should be noted that there is a wide gulf between Trump’s agenda and that of many ‘establishment’ Republicans, and the latter may well balk at unfunded tax cuts or spending increases. In addition, both the new president and Congress will likely act more slowly on dismantling the Affordable Care Act or trade agreements until some better alternatives can be found.

It should also be noted that, as was the case elsewhere in the world last year, voters have chosen change over caution – and politicians tend to respond to what voters want rather than what they need. While the Trump agenda is unlikely to be implemented in full, members of Congress may be willing to go along with some proposals to increase spending, lower taxes, reduce illegal immigration and increase tariffs. If they do so, they may well further stoke inflation in an economy that is already heating up. Longer term, increasing government debt to fund these initiatives has obvious dangers.

In the medium term, a warming economy – further stoked by expansionary fiscal policy – could favour equities over government bonds. In the long term, maintaining a diversified portfolio of investments may be more important than ever. In light of the Brexit vote and the US elections, 2016 proved decisively that populism is a good political strategy – whether it proves to be good for long-term economic fortunes is another question entirely. 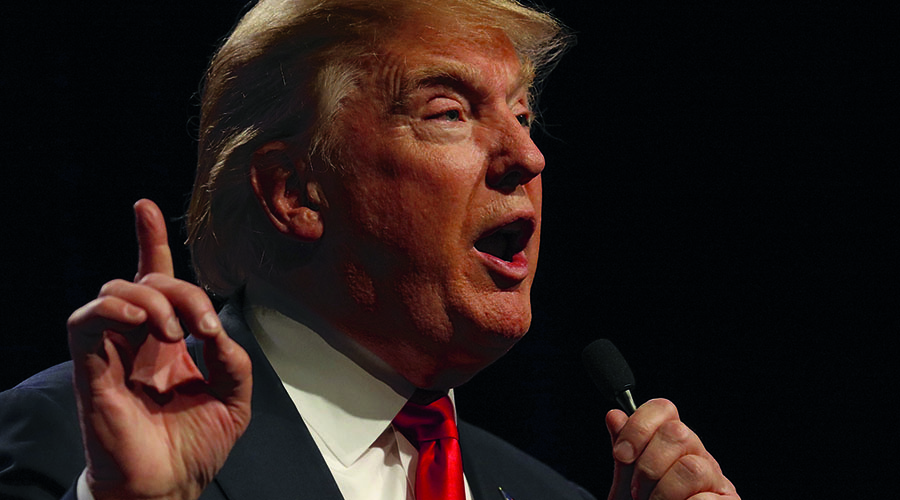